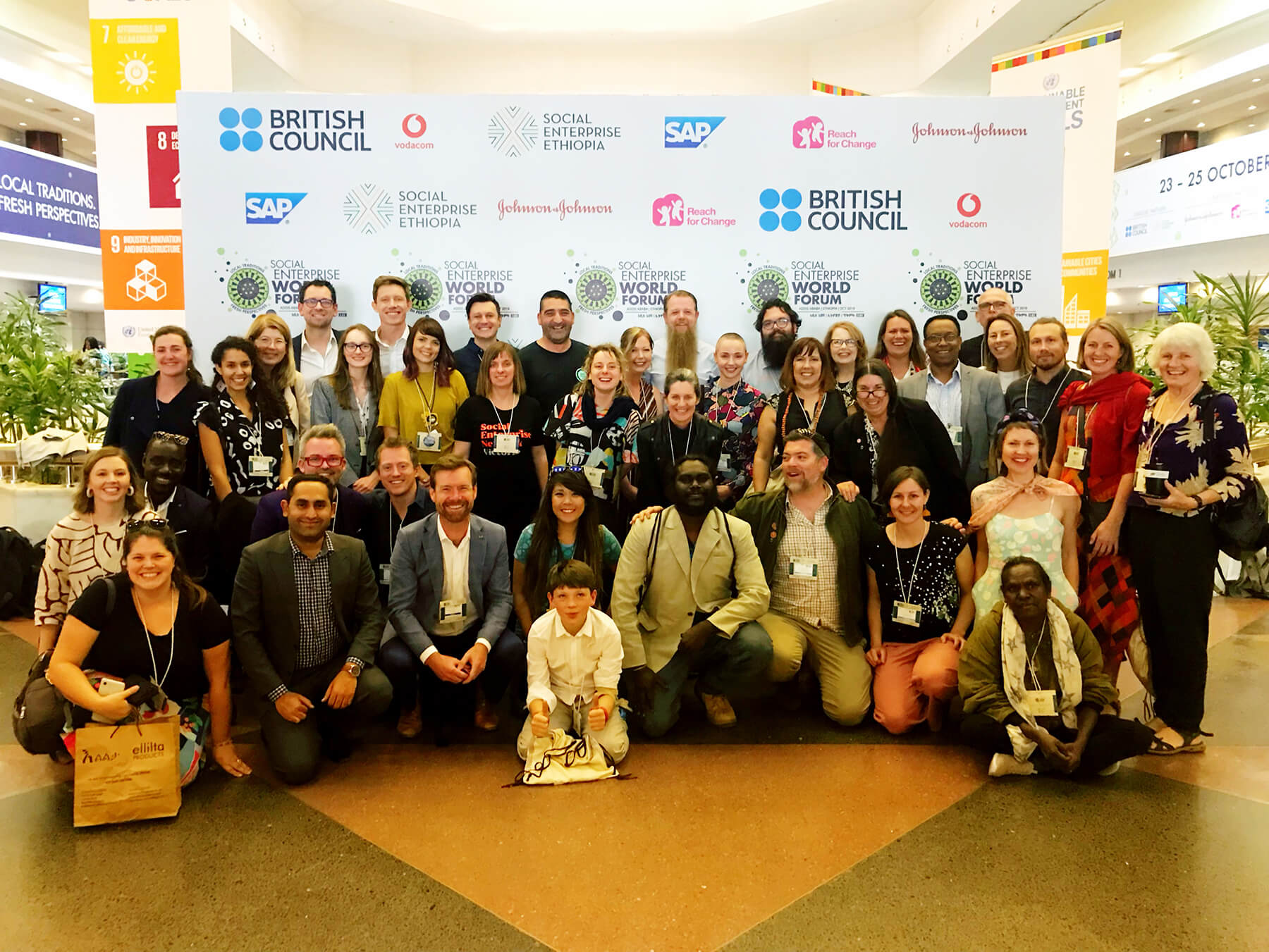 In 2017 when the bid to bring the Social Enterprise World Forum (SEWF) to Australia began the social enterprise sector in Australia was at a crucial point within its evolution. There was growing momentum in the form of social procurement, but still the sector was under-resourced and lacked cohesion and recognition. Governments had limited understanding of the sector and there was still no national strategy integrating the sector with Federal Government policy.

Tom Allen, founder and CEO of Impact Boom, had been leading the bid to bring SEWF to Brisbane in 2021 for two years – it had been his driving vision. He was working closely with the Yunus Centre at Griffith University to bring the bid to life.

In July 2019 the English Family Foundation decided that their grant to the Yunus Centre to support the bid to bring SEWF to Australia wasn’t providing the right type of support the bid’s lead, Tom Allen, needed. The grant was critical certainly, and was unlocking Tom’s ability to undertake the necessary project work, but it wasn’t enough. Instead, as part of our engaged philanthropy strategy the English Family Foundation offered Belinda’s time and energies to work alongside Tom and the Yunus Centre to develop the bid for the final six months. Belinda joined the SEWF Advisory Board and a great working relationship developed.

The Advisory Board had a strong awareness of the positive impact that bringing the SEWF to Australia would have. The story of the bid to bring SEWF to Australia is just one example where a specific ecosystem initiative is a strong catalyst for progressive development of the sector. The underlying rational was that by hosting SEWF in 2022 this of itself would escalate government, corporate and investor engagement in the sector. We have witnessed the evidence of this through the intense increase in momentum and recognition of the sector more broadly which resulted from the public announcement in June 2021. We have continued our role on the SEWF Advisory Board and are now partnering with the co-host White Box Enterprises to bring SEWF to Brisbane in 2022.

“Catalytic nature of the philanthropy provided by EFF blended with the unique leadership and resource that they provided – the outcomes speak for themselves. They have created enormous impact and have helped bring the SEWF to Australia, which of itself has been a catalyst for the growth of the state-based networks and the national strategy initiative. It is amazing what this has catalysed.”

Back to Engaged Philanthropy Initiatives

Building the ecosystem for impact within the Australian social enterprise sector.